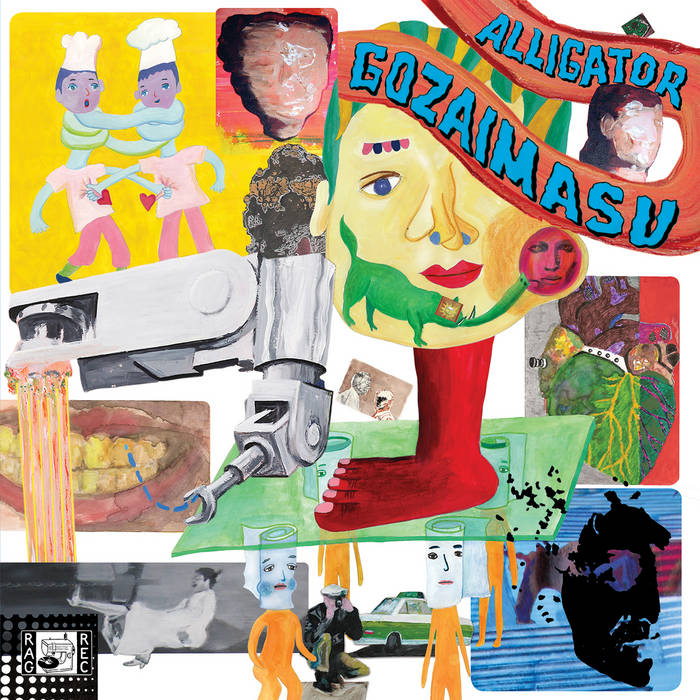 ALLIGATOR GOZAIMASU is the debut album of our multi-faced art group which crosses all separators. It is the first record release on the Munich based underground label RagRec (September 2016). It is heartily recommend by the British avant-garde magazine WIRE and by ChicksOnSpeed records.

The album consists of 17 tracks which are mostly based on a public recording session which took place at the Import Export. In September 2015 Aoi Swimming from Tokyo was invited to Munich. Together with local residents, musicians, artists and filmmakers she recorded a wide range of experimental sound and text files. Based on these files the art and music group ALLIGATOR GOZAIMASU composed 17 album tracks.

Just imagine an amplified tea ceremony with diy punk spirit, no fear of genre boundaries and dissonances and a fierce love for minimal sound experiments.

Kusi Okamura, journalist for the Berlin based blog "The Wild Word":
> thewildword.com/altbau-sessions-musical-sewing-machines/

Caroline Giles, journalist for the Munich based blog "mucbook" > www.mucbook.de/2016/09/13/alligator-gozaimasu-album-release-party-des-kuenstlerkollektivs-im-import-export/

Thanks a lot to Colin Djukic, Klaus Erich Dietl, Kris Limbach, Fabian Zweck, Richard Horner and Ruslan Boiaryn for supporting us with recording and mastering the album.

The hand painted cover artwork is contributed by the Munich based painter and cinematographer Klaus Erich Dietl and the Sapporo based media artist Mikio Saito.

The album is the very first releas on RagRec, a Munich based underground label founded by Stephanie Müller (percussionist of beißpony).